1. A wish list for reform in India’s higher judiciary  Page 6. GS 2, Judiciary, Constitution. It is generally assumed that the senior most judge of the Supreme Court should be the Chief Justice of India, but we may pause to consider whether this is what the law mandates, and whether it is wholly wise. As to the first, the Constitution mandates no […]

1. India gives emergency visas for 111 Afghan Hindus, Sikhs Front Page. GS 2, 3; Citizenship, Population related Issues, IR, Growth and Development, Govt Policies and Interventions. The Union Home Ministry granted emergency visas to 111 Hindus and Sikhs from Afghanistan, hours after Saturday’s terror attack at a gurdwara in Kabul. All had applied for visas in September 2021, but the applications […]

ADP to be extended to block, city level: PMGS Paper- 2, Govt Policies and Interventions, Governance.Context: The Hon’ble Prime Minister launched the Aspirational Districts plan in January 2018, with the goal of rapidly and successfully transforming 112 of the country’s most underdeveloped districts. Aspirational districts should be designated as “inspirational districts” in India, and the […]

The Fragile State of Nuclear DisarmamentGS Paper- 3, Energy and Security.  Context: The Stockholm International Peace Research Institute (SIPRI) issued its yearbook a few days ago, detailing certain patterns in international security over the last year. Russia leads the way in terms of absolute quantities of nuclear weapons. During the 2017-2021 timeframe, India is the leading importer […]

1. INDIA-QATAR ECONOMIC PARTNERSHIP During the India-Qatar Business Forum in Doha, he told Qatari businesspeople that the two countries have a special relationship that has evolved over centuries, and he called for further enriching the strong partnership and diversifying the trade basket, which is currently dominated by energy products. He expressed his delight that India-Qatar […] 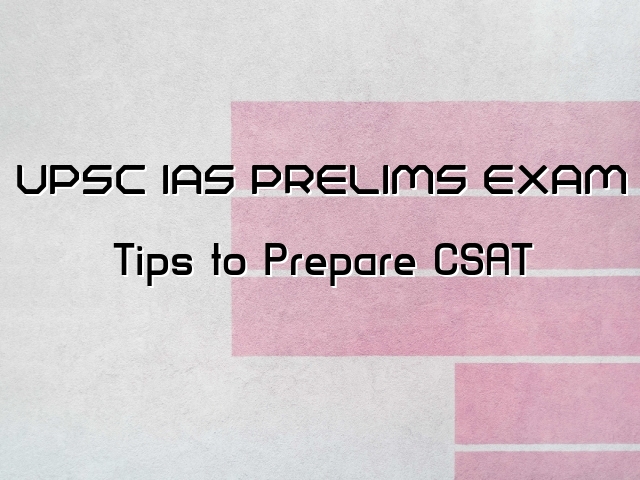 Let us have a look at a 5-step full-proof method for preparing for the Civil Services Exam. Step 1: Be well-versed on the test. Step 2: Consolidate your base. Step 3: Expand Your Knowledge Step 4: Work on your answer-writing skills. Step 5: March Towards Prelims/Mock-Test Based Learning Let us take a closer look at […]

Guide2Success provides the best online coaching for Civil Services Exam preparation. To ensure success in the UPSC exam, get enrolled in our program and study with a personal mentor. Try out a free demo session with one of our mentors to understand how Guide2Success is the perfect destination for your UPSC CSE preparation!

Facebook Twitter Linkedin Youtube
Book Free Demo Class
Schedule Your Free class Now and Get a Chance to Learn from Our Top Faculties
No, thank you. I do not want.
100% secure your website.
Powered by