India’s Emerging Twin Deficit Problem Why in news? The Finance Ministry report highlights two key areas of concern for the Indian economy – the fiscal deficit and the current account deficit. What is optimistic in the report? Stagflation– The world is looking at a distinct possibility of widespread stagflation but India is at low risk […] 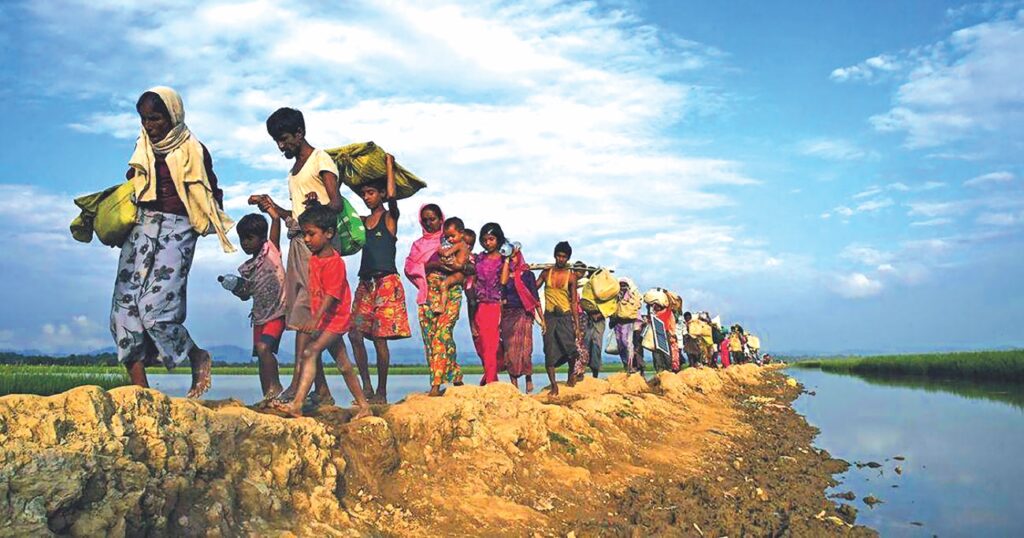 Bangladesh’s Rohingya Problem What is the issue? Five years after Bangladesh took in thousands of Rohingya driven out of Myanmar, the refugee population is exploding with serious security implications. What is Rohingya issue? The Rohingya are an ethnic Muslim group who reside predominantly in Rakhine state and speak a Bengali dialect. They are not recognised […]

The Situation of Government Jobs

The Situation of Government Jobs Why in news? The PM has ordered a million central government posts to be filled in mission mode over the next 18 months. What is the current picture of employment in India? The unemployment rate is defined as the percentage of unemployed persons in the labour force. Battered by demonetisation, […]

The Agnipath Scheme for Armed Forces

The Agnipath Scheme for Armed Forces What is the issue? Massive protests demanding the rollback of the Agnipath scheme is continuing across the country. How are candidates recruited to the service at present? Short Service Commission (SSC)- SSC officers are presently inducted under the 10+4 scheme. Here, the officer serves for 10 years and can either opt […]

Counteracting China’s Influence by Improving Self-Capacity This editorial is based on Tackling China’s infra build-up along LAC, which was published in Hindustan Times on 14/06/2022. It talks about China’s infrastructure buildup along the LAC and the steps India can take for deterrence against any Chinese attack. For prelims: India-China border mapping, Tibetan plateau, Xinjiang region, PLAAF, IAF […]

Effective Subsidy Delivery Mechanism This editorial is based on “what commodities distribution of commodities should be distributed for free or at a subsidised level” was published in The Indian Express on 16/06/2022. It talks about wasteful expenditure occurs by the state by giving subsidies to non-essential goods and services, and how the state can utilise best practices […]

FAT FINGER TRADE A ‘fat finger’ trade is an erroneous action caused by hitting the wrong key in the market. Some of these orders, which are placed at the extreme end of the operational range, are passively held in the order book, according to the NSE. Trades resulting from such orders, which are issued at unrealistic prices, cause price anomalies. Few trading members had […]

Guide2Success provides the best online coaching for Civil Services Exam preparation. To ensure success in the UPSC exam, get enrolled in our program and study with a personal mentor. Try out a free demo session with one of our mentors to understand how Guide2Success is the perfect destination for your UPSC CSE preparation!

Facebook Twitter Linkedin Youtube
Book Free Demo Class
Schedule Your Free class Now and Get a Chance to Learn from Our Top Faculties
No, thank you. I do not want.
100% secure your website.
Powered by